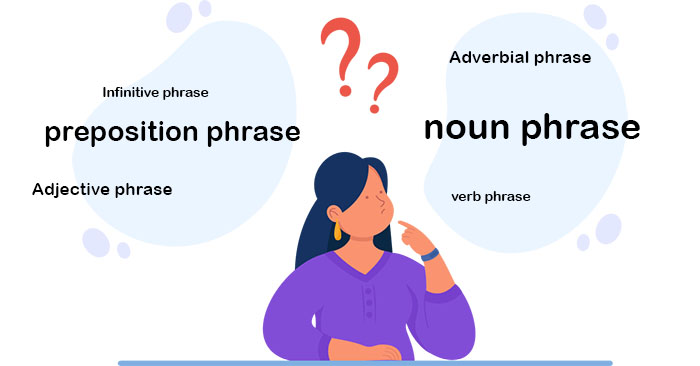 What Is a Phrase?

A phrase is a group of words that can form a single grammatical unit, that is a unit that takes part in a sentence or a clause.

Let me explain; Unlike a clause that takes a subject and a verb, a phrase does not. Therefore, it cannot have a clear complete thought or idea.

The following examples show the difference between a phrase, a clause, and a single word:

Let’s try a sentence with no phrase and then construct them to have one.

So, in this example, the sentence doesn’t have any phrases, because all parts stand on their own as a single word.

Now the sentence contains a phrase, it has three words that function as the subject of the sentence. Notice that phrase has no verb or a subject.

Now a new phrase has been added to the sentence, it similarly has three words, but it functions as an adverb.

We have added a new one, this time it is a two-word phrase that functions as a verb.

Now the phrase that we have added has five words and it functions as a direct object in this sentence.

If you make it this far, then you have learned that:

Types of phrases with examples: