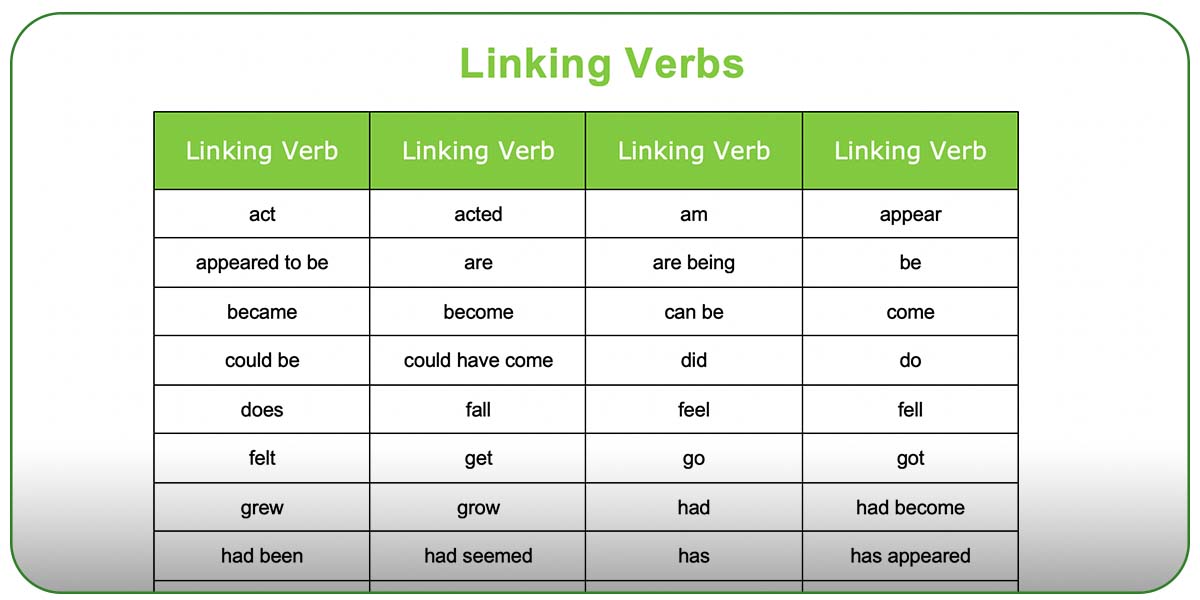 A linking verb functions as a connection between a subject and the rest of the sentence. Rather than serving to show action themselves, they “link” the subject by connecting it to further information, usually an adjective, noun, or pronoun that describes it. In other words, linking verbs re-identify or to describe the subject, linking it to a subject complement.

To help you understand, consider the following examples:

✏️ Here, “cat” is the subject, “is” represents the linking verb, and “hungry” is an adjective.

These verbs are not used to express an action but rather a condition or state of being. The most common linking verb is to be. However, here are many others, including all verbs related to the senses. These include is, am, are, was, were, be, been, being, seems, becomes, feels, and appears.

Here are some examples of helping verbs in sentences:

How to identifty a linking verb

Sometimes it may be difficult to tell if a verb is a linking verb. However, you can always try replacing the verb with a form of “to be” as a simple test. You will know it is a linking verb if the sentence still makes sense and has almost the same meaning.

✏️ These two sentences have the same meaning, so you know “feels” is a linking verb.

✏️ These two sentences have the same meaning, so you know “appears” is a linking verb.